Our Commitment to the Community

Premier has a long history of philanthropic support, particularly with our Peter Alexander and Smiggle brands

Peter Alexander And The RSPCA 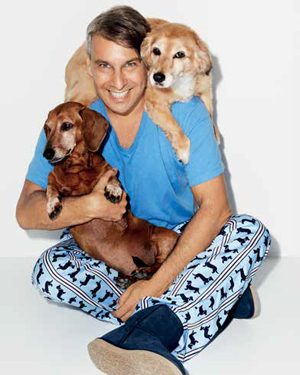 Peter has raised over $589,000 contributing to RSPCA shelters in Australia and Paw Justice in New Zealand.

As much as Peter Alexander has become famous for his pyjamas, he has also become known for his dogs, and is a huge supporter of animal welfare organisations. Peter Alexander has worked closely for the last 11 years with the RSPCA in Australia, and for the last three years with Paw Justice in New Zealand. Our work has included a variety of fundraising activities which raise awareness for animal charities. Working with the RSPCA, Peter has raised over $548,000 contributing to RSPCA shelters, which care for more than 140,000 animals every year supporting rescue, rehabilitation and rehoming unwanted, stray and injured animals. Peter has been awarded the status of RSPCA Ambassador in recognition of his efforts.

In 2014, aligned with the growing presence of Peter Alexander in New Zealand, we partnered with the NZ animal charity Paw Justice, and over the last three years have raised close to $41,000. Paw Justice works to stop violent animal abuse; and they have been instrumental in focusing the New Zealand public’s attention on the need for reform of animal welfare laws through youth education and advocacy for pets. During the year Peter Alexander continued its commitment to the prevention of cruelty to animals. The involvement with the RSPCA in Australia and Paw Justice in New Zealand continues to be the key charity supported by the brand. Across the year there were a variety of items produced including playing cards, gift wrap and chocolates. 100% of all sales were donated to these charities. During the year we donated $88,000 to the RSPCA and $16,000 to Paw Justice.

Premier and our Smiggle brand also support a number of children’s charities, organisations and educational programs. Plus, countless community fundraising initiatives both locally and abroad, for schools, sporting, and educational events. During the year we have donated over $100,000 in products.