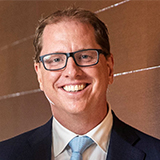 Richard Murray commenced as Premier Retail Chief Executive Officer on 6 September 2021 where he leads The Just Group retail brands. He was appointed to the Premier Board as Executive Director on 3 December 2021.

Richard has over 25 years’ experience in retail and finance. Prior to joining The Just Group, he held the position of Group CEO at JB Hi-Fi Limited. Richard joined JB Hi-Fi as CFO in 2003 and took the business through the IPO process. He was appointed as Group CEO of JB Hi-Fi on 1 July 2014, at the age of 38. Prior to his career at JB Hi-Fi, he was an Associate Director in the Corporate Finance Division of Deloitte. Under Richard’s leadership, the JB Hi-Fi Group became Australia’s No. 1 Consumer Electronics, Technology and Home Appliance retailer, with revenue in excess of $8 billion.

During his tenure, JB Hi-Fi’s market capitalisation grew from $1.5 billion in 2014 to circa $6 billion. In September 2016, JB Hi-Fi acquired The Good Guys for $870 million, achieving transformational strategic and financial results for the JB Hi-Fi Group. 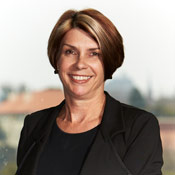 Judy has over 30 years experience in Retail. Her most recent role was Group General Manager with Myer responsible for the buying teams covering Womenswear, Childrenswear, Intimate Apparel, Footwear & Accessories, and Cosmetics. She has extensive experience in brand management and direct sourcing. She has spent time in New Zealand managing the menswear chain Hallensteins and for 5 years was on the board of Ezibuy.

John spent 17 years with Marks and Spencer starting on their retail cadetship and during this time fulfilled roles in retail operations and buying and merchandising. In 2000 John relocated to Hong Kong to take up a position as Buying and Sourcing Director for the company and then in 2003 became Asia Pacific Managing Director, responsible for all of the Marks and Spencer wholly owned stores in the territory.

In January 2005, John joined Robinsons PLC as their group CEO, a company which was then listed on the Singapore Exchange. In addition to the two Robinsons department stores in Singapore, the company also owned the John Little department store chain as well as the Marks and Spencer franchise for Singapore and Malaysia markets.

In 2010, John moved to Australia to take up the role as CEO of Country Road before moving on to Webster Holdings, a Sydney based company whose brands are Jigsaw, David Lawrence and Marcs. John then returned to Melbourne in October 2012 to join the Just Group as Group General Manager of Smiggle. 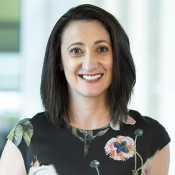 Teresa Rendo joined the Just Group in March, 2022 as Managing Director Apparel. In this role Teresa will lead our 5 iconic apparel brands – Just Jeans, Jay Jays, Dotti, Portmans and Jacqui E. She will also take on leadership of the Sourcing function.

Teresa has over 20 years experience in retail spending the majority of her career in Woolworths Limited. Her most recent roles were Acting Managing Director of BIGW and Chief Commercial Director. Her experience has included leading design, sourcing, buying, e-commerce trade, quality, sustainability, space and data insights teams. Prior to this, Teresa has held a number of roles leading teams across major operating divisions of the Woolworths Group as well as previously working for major consulting and financial organisations.

Teresa has a strong track record of delivering growth and driving strategic and operational change and she understands emerging trends both locally and internationally. 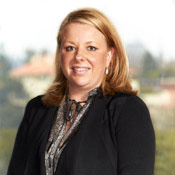 Georgia joined the Just Group in January 2012 in the position of Group General Manager Internet and Marketing and is responsible for the company's Internet business including management of all Branded sites as well as cross-functional integration across Merchandise, IT and fulfilment. In addition Georgia is responsible for the Brand Marketing Strategies and operations.

Georgia has 15 years retail experience. Prior to joining the Just Group, and most recently, Georgia has held various senior management positions at David Jones within their Marketing and Internet business units.

Georgia holds a Bachelor of Marketing Management from MGSM 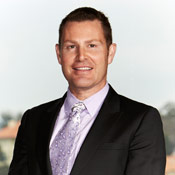 In this role, Jason's primary responsibility is to manage the portfolio of stores within the groups core brands: Just Jeans, Jay Jays, Jacqui E, Portmans and Dotti across Australia. Jason is a career retail operator with his previous role being General Manager of Stores Operations at David Jones, with key accountabilities for sales, shrink, cost control, service and talent management. With over 20 years experience in retail, Jason has extensive leadership and operational skills.

With over 25 years of Retail Experience in both the Australian & New Zealand markets, Susan joined the Group in 2004 and is responsible for the daily operations and strategic direction across Retail, Human Resource & the Distribution Team.

Prior to joining the Group Susan has been appointed to leadership roles in Max Fashions and Sussan Retail where she held the role of Divisional Manager New Zealand responsible for retail.

Susan is an outstanding career retailer with a long track record of success in leading teams to deliver significant shareholder value. 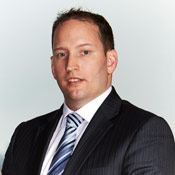 Josh joined the Just Group Property Department in February 2010 and was appointed as Group General Manager - Property in September 2011.

Josh has over 15 years of experience in the Retail Property Sector across a number of international markets including Australia, United Kingdom, Singapore & New Zealand, including appointments with Westfield, AMP and The City of Westminster.

In his role Josh is responsible for overseeing the Groups Global Real Estate Strategy across all markets and brands, which includes Leasing, Store Design & Project Management.

Josh holds a Bachelor of Property from the University of Auckland.

Greg joined the Just Group in September 2006 as NZ Distribution Manager and was appointed Group General Manager of Supply Chain and Logistics in February 2015.

Greg has over 15 years’ experience in Supply chain over various industries including manufacturing, pharmaceuticals, retail and third party logistics providers.

In this role, Greg is responsible for managing the end to end movement of stock both domestically and internationally in line with business strategies and requirements.

Greg holds a Bachelor of Science in Business from Miami University and a Diploma of Logistics and Transport from Massey University. 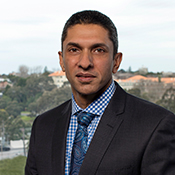 Frank is the Chief Information Officer for the Just Group and responsible for technology strategy and operations across 7 brands and over 1,000 retail stores and Brand based online stores fulfilling customer orders from Australia, New Zealand and the United Kingdom distribution centres.

After spending almost 20 years working in the software vendor, systems integration and management consulting community, Frank joined Just Group in 2010 to oversee new technology evaluation and implementation and managed the successful introduction of Just Group's first business intelligence platform and the successful replacement of the Group's eCommerce platform. In 2012 Frank was appointed to the position of General Manager, IT and later CIO with the added responsibility of overseeing technology requirements for global expansion.

Frank is passionate about instilling a 'can do' culture in IT and together with an exceptional team works as a trusted advisor to the Just Group business. 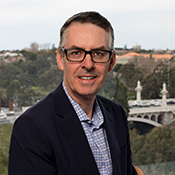 Adrian, a fluent Mandarin speaker, has approximately 20 years experience working for International Brands and retailers and lived in China and Hong Kong for over 15 years prior to returning to Australia.

His role is responsible for managing the supply base and developing sourcing strategies for the core brands with the brand General Managers. The role also oversees the Just Group Bangladesh team located in Dhaka and the area of ethical sourcing.

Adrian's most recent roles prior to joining the Just Group have been as General Manager of Sourcing and Compliance at Target Australia and General Manager Pacific Brands Asia based in Hong Kong. 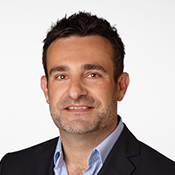 Matthew has over 20 years retail experience working in Australia & abroad. Prior to joining the Just Group, Matthew spent seven years in London working in senior leadership roles; his most recent role as Buying Director for Fashion at John Lewis where his responsibilities included all Clothing, Beauty, Accessories & Footwear. Before working in London, Matthew held various senior buying roles at David Jones.

Matthew holds a Bachelor of Business (Marketing) from RMIT. 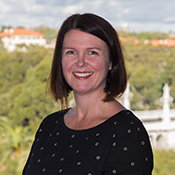 Linda joined the Just Group in October 2015 as Group General Manager of the Jay Jays Brand.

Linda has over twenty-years of experience in retail and buying roles across Australia, New Zealand and the UK. Her previous roles include senior management positions with Levi’s, Hallenstein Glassons and Specialty Fashion Group.

Her most recent role was as General Manager of the Crossroads Brand for Australia and New Zealand. 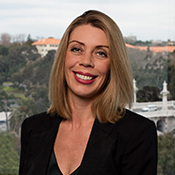 Dianna joined the Just Group in January 2012 in the position of General Manager Marketing and is responsible for the Brand Marketing Strategies and Programs within the group's core brands; Just Jeans, Jay Jays, Jacqui E, Portmans and Dotti, across Australia and New Zealand. With over 20 years marketing experience in London, Australia and New Zealand, the last 10 in retail, including various senior management positions at David Jones within their Marketing unit, Dianna has extensive leadership and marketing skills.

Dianna holds a Bachelor of Arts in Psychology from, Victoria University, Wellington. Diploma in Marketing from Chartered Institute of Marketing, London. 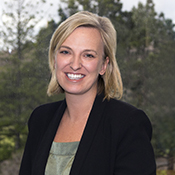 Deanna Moylan re-joined the Just Group in March 2018 as Group General Manager of the Dotti brand. Deanna has held various senior retail positions over the past 10 years, most recently as the Creative & Product Director for T2 Tea. Prior to this role her retail experience has been in fashion - heading up the Jay Jays brand and the Women's Youth business at Myer department stores.

Deanna holds a Bachelor of Commerce from the University of Melbourne.

Prior to this, Nicole's most recent position was as General Manager - Apparel at Harris Scarfe. Previous to this Nicole held the position of Group General Manager of Womenswear, Intimates and Accessories at Myer.

Having worked in the retail industry for over 30 years, Nicole began her career as a trainee buyer and has since gained extensive buying and product development experience across all product types, specialising in Women's apparel.

Nicole is passionate about managing and delivering product to satisfy our core target customer. 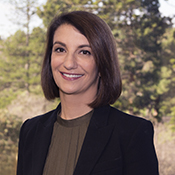 Louise joined the Just Group in February 2012 as HR Manager for Brands, Internet & Marketing before moving into the role of GM People & Culture Support Office. In September 2017 she was appointed to GGM People & Culture.

Louise has over 30 years’ experience in retail across both retail operations and human resources.

Louise started her career with Sportsgirl/Sportscraft working in various store and state management roles before joining Esprit and then Country Road. While at Country Road Louise moved out of Retail Operations and into HR becoming the Retail HR & Development Manager - Australia, NZ & South Africa. After 14 years with Country Road she joined kikki.K as GM People before joining The Just Group.

Jade has over 22 years’ experience in specialty retail and product development and has been a long term employee of the group working across the Jay Jays, Just Jeans & Portmans brands. Prior to Maternity leave Jade held the position of Group General Manager Portmans where she led the brand to a highly profitable turnaround.

Her customer focused product led strategic approach to retail has seen her deliver outstanding results during her time with the group.

Daniel joined the Just Group in July 2008 as Group Reporting Manager and was appointed General Manager Retail Operations in August 2016.

Daniel has twenty years of experience in financial leadership roles across apparel retail, including Country Road, Davenport Group and four years as the Financial Controller at Roger David prior to joining the Just Group.

Daniel is a CPA and holds a Bachelor of Business Accounting from the RMIT University.

Vicki joined the Just Group in February 2005 as the Planning Manager for Jay Jays and the Dotti brand which had just been acquired.

In October 2008 Vicki was appointed to the GM Group Planning.

Vicki started her career with Myer as a Christmas casual and worked her way up to Planning Manager. Vicki has over 30 year planning experience in retail and has worked across multiple brands during that time.

Vicki has a Bachelor of Business in Marketing and Retail from Monash University.